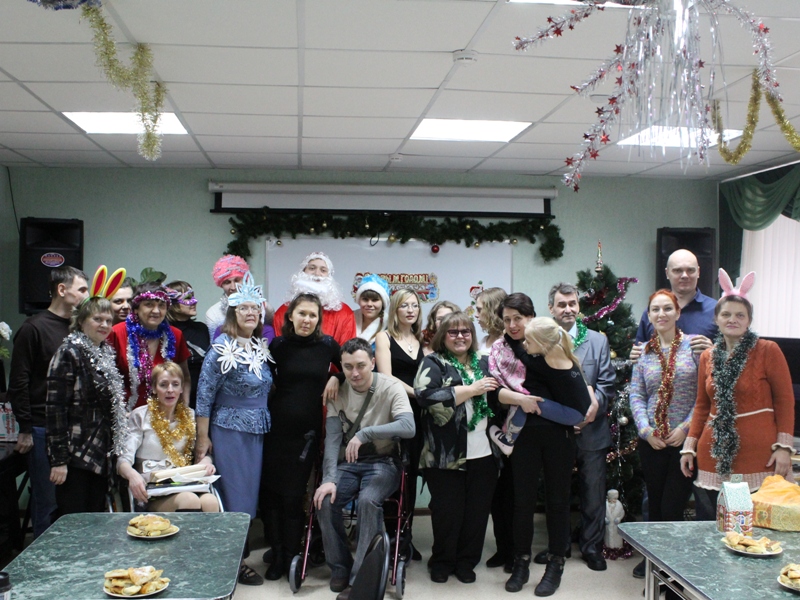 This, along with medical interventions, becomes decisive in returning to society not only a person with his/her health controlled but also a socially-able one. Indeed, to socially include persons with disabilities requires various rehab activities, so they should be as ordinary as most people are.

About ten years ago, the need for comprehensive rehabilitation was what activists in the Russian city of Samara pursued headed by 2013 International person with MS Svetlana Goronkova, Director of the Future Rehab Centre, and Oleg Ipatov, IT-Director, Russian Multiple Sclerosis Society. Rehabilitating people with disabilities is often a concern of those around. Hence, we are talking about family rehabilitation. On revealing implications of such rehab interventions, allies joined; thus, the activists soon represented four disabled people's organisations interested to have the Centre. During numerous negotiations, a powerful driver was that all parties saw the future Centre would reduce the burden on public authorities, improve the efficiency of the social rehabilitation system, support the families of patients, their integration despite their disability severity.

Since the activists conceived a plan for the Centre in 2007, they have not doubted to make it happen. The Centre required room to accommodate two computer classes, social workers, and carry out animated and other routine activities. The activists’ perseverance, tremendous efforts over 2008-2013 brought 360m2 of premises ​​, subsidies, financial injections, technical equipment – altogether amounting to €135,000 without counting in-kind donations.

Nowadays, the Centre sees people’s problems solved and carry out rehabilitation activities of medical, social, educational, psychological nature, sports and others promoting healthcare and fitness. Trainings conducted there cover self-services, skills on communication, behavior at home and in public, self-control, as well as other household adaptation techniques. Beside the stated objectives, the Centre is making every effort in addressing common and individual issues, such as the improvement of living conditions.

The Rehab Centre for Patients’ Families is the point to attract people with disabilities. There, they reveal their hidden talents. Members of the Centre often win and are among the best in social competitions, surely hitting the headlines in media outlets.

Only in 2015, the Centre conducted 12 ‘Schools for patients’, 15 psychological trainings, over 120 music-therapy sessions and classes in applied arts, about 25 thematic events.

Everyday life. As ordinary as most people enjoy.