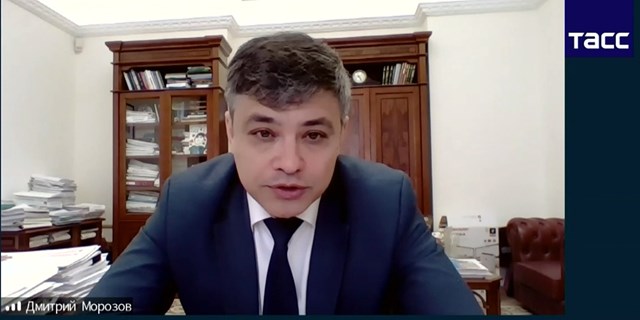 Within the frames of WMSD, unlimited forces got together on May 26 to say and state to those who doubt that the wellbeing of people with multiple sclerosis (PwMS) is on a number of agendas in Russia and beyond. The thematic press conference to support PwMS was opened by Dmitry Morozov, Lower Chamber MP, the United Russia faction. He chaired the conference.

The broadcast was moderated by Svetlana Zeynalova - radio and television anchor.

While presenting their work for PwMS to benefit, everyone could see connections, both inwardly and outwardly, help them to get there we are now. Today, PwMS in Russia have whatever interventions PwMS in the world enjoy.

There was an understanding at the table that all sorts of opportunities come through connections. They fill and colour life with circumstances, which makes it socially normal.

Dmitry Morozov, MP, emphasized how important is to live "Life to the fullest." This is the goal of the Parliament’s social initiatives. The same is to achieve by World MS Day, where the focus of this year is connections.

There, you could find answers to the most important questions, which, like a splinter in your mind, do not get alleviated. Among the most topical, Svetlana Zeynalova identified:

Connections are there to resolve these issues, aren't they?

And, surely, the virtual panellists could not help answering some of them. Although the Q&A session asked for more time.

Those who have tried to bring home a complex subject in a few words, know how difficult and often impossible it is. Most of us have come across the question of a newcomer: "What is MS?" And, you have to explain before they finish their coffee.

I want to shake hands with everyone who is not afraid to do this. Participants of the press conference saw a good attempt to explain what MS is in the documentary "Live a full life with MS".

Thus, the premiere of the film about people living with MS took place with patients from Argentina, Italy, the USA and Russia starring.