WMSD in a region of Russia

WMSD 2012 intended to use all capabilities in order to raise awareness of MS among general public. Many of our colleagues across the country managed to do both – to tell ordinary people about MS and issues it raises as well as to arrange an event for people with MS they would enjoy and never forget. 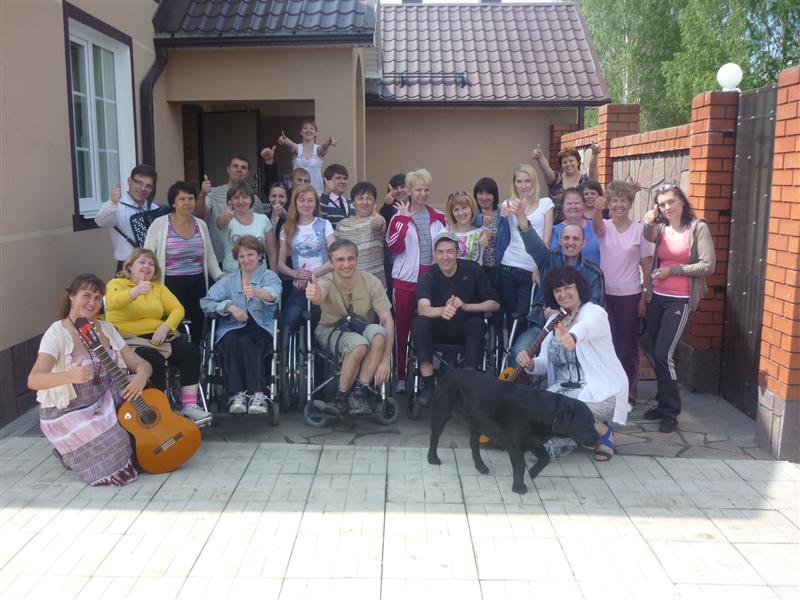 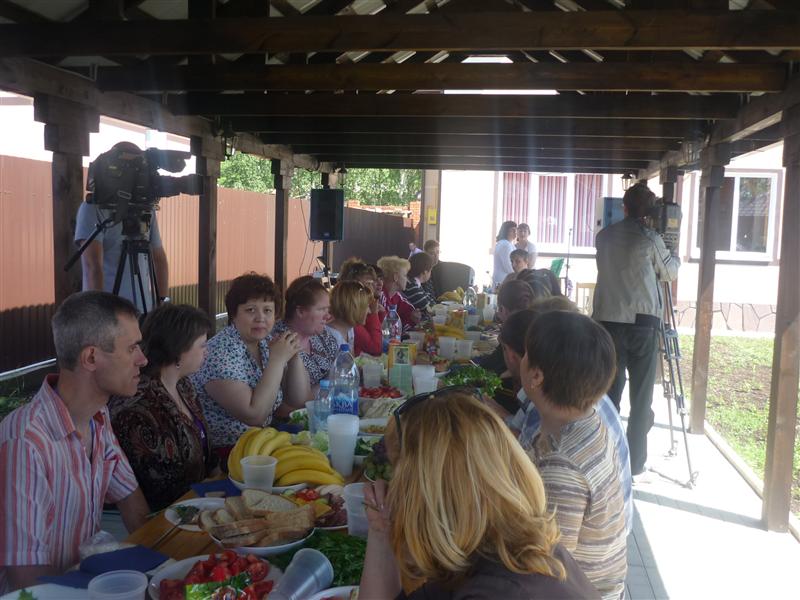 Indeed, it does not happen every day that these come together so smoothly. President Dr Yan Vlasov showed on the Central TV how effectively WMSD could be promoted, and the ARMSS staff really wanted to match the example. The ARMSS sub-branch in Magnitogorsk in the Chelyabinsk region conducts thematic parties and informational meetings quite regularly, so WMSD to be marked on the 30th of May duly entered the branch’s work agenda. The only question remained how to do it, and it was soon resolved.

The head and Plenipotentiary Public Expert of the Chelyabinsk branch Maxim Sitnikov chose to do an outing in a holiday cottage for the branch members of the region. It is either or both Maxim’s ability to come to terms with people or entrepreneurs and agencies are ready and want to speak with voluntary organizations today but, however demanding the negotiations, Maxim and his wife Alyona arranged for a party outdoors. The table groaned with BBQ and other foods, while invited musicians played and sang live. Needless to say that the guests enjoyed a lot! 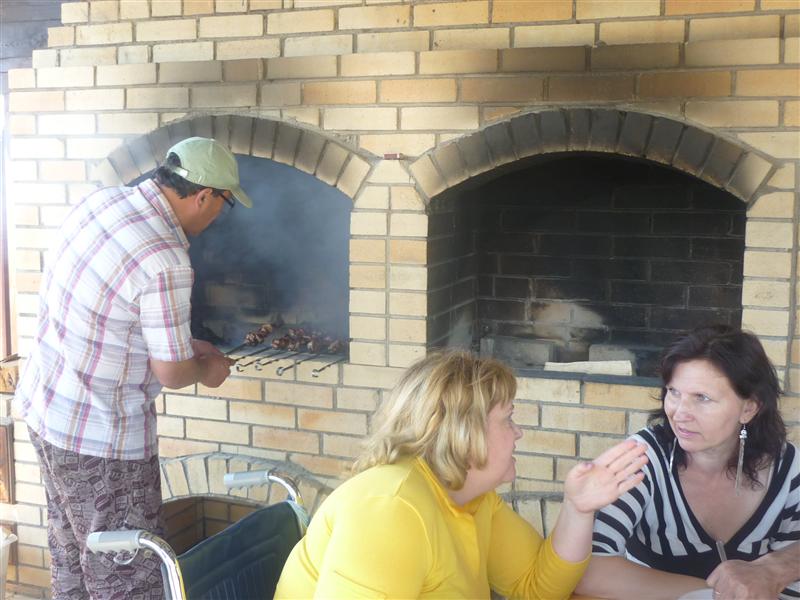 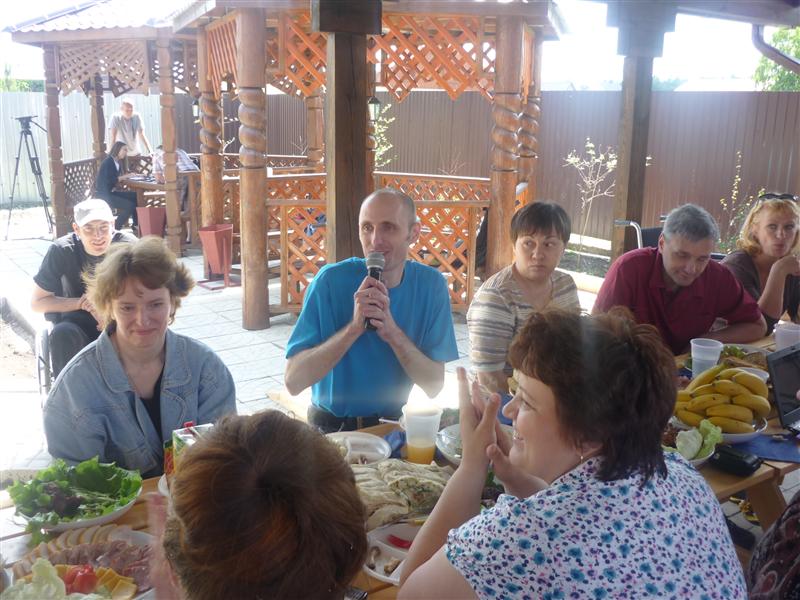 In case the weather was not fine or it rained, the participants would have stayed under the shelter there or moved into the spacious house. But the Heavens were kind ensuring a beautiful sunny day, and no one complained it was hot or uncomfortable. In fact, the weather also exceeded many expectations!

Maxim and Alyona had contacted two local TV companies, which promptly agreed to feature the event in their news blocks. That was how the main objective of WMSD 2012 was achieved in Magnitogorsk. Large audiences learned about the world annual event and that it can reach remotest places of Russia and the globe. People also came to know about other persons whom they live in the society together with but who have MS and are special in a way. 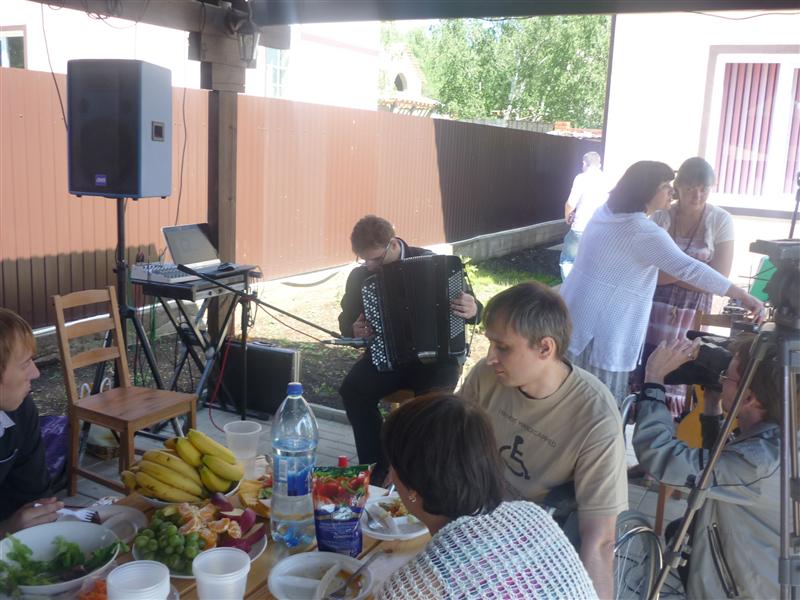 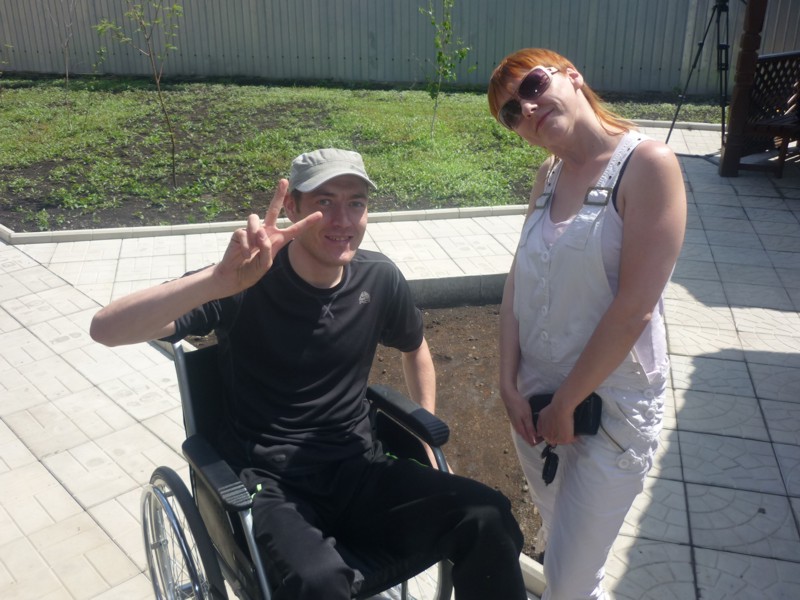 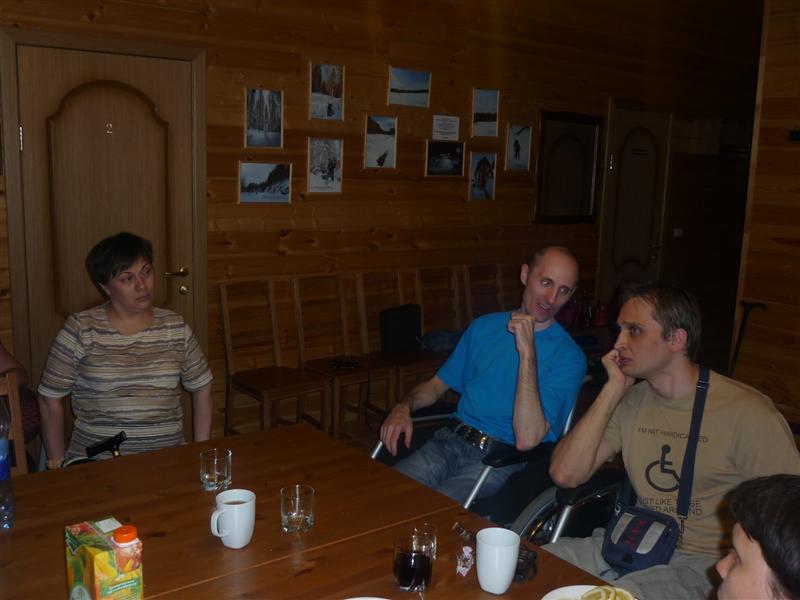 The outing was a success, and it came as a surprise that Sergei Kovalenko, the host and the owner of the cottage and the lawn where the WMSD party took place, offered to organize more ARMSS’ events in that place. This, as well as the substantial contribution from the political party ‘Just Russia’ and its leader Sergei Mironov and the understanding among other stakeholders give every reason to believe that it is possible to organize big events for people with MS to make their life meaningful and its quality improved whatever the objectives of future WMSD’s are.